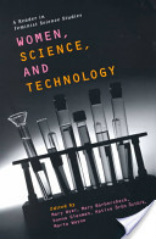 This book answers the question: Are women changing science? This book introduces the gendering of science and the impact women scientists are making around the world. The essays included are both personal tales and experiences and essays on the nature of science itself covering controversial issues of the women in science. Within the chapter Sex, Science, and Education, Janice Law Trecker states, "Since science had succeeded theology and philosophy as knowledge 'forbidden' to women and other inferiors...Science's new designation as "masculine" knowledge, and male fears of economic competition, made many of the theorists' arguments against female knowledge seem self-serving...The emotional connotations around the study of science and the belief in its great practical power made it impossible for scientists to be unbiased" (89). Feminism may still exist within the workforce for women scientists but conditions are changing by appreciating the connotation behind the study of science.

During her lifetime, Myra Bradwell  (1831-1994)--America's "first" woman lawyer, as well as publisher and editor-in-cheif of a prestigious newspaper--did more to establish and aid the rights of women and other legally handicapped women than any other woman during her time period. Jane M. Friedman's America's First Woman Lawyer entails the profound steps Bradwell took to establish her place and right to practice and study law. In 1869, at the age of thirty-eight, Bradwell passed the Illinois bar exam with high honors, but because she was a woman, she was deemed as "unfit", and was later banned from practicing law. Bradwell later established the Chicago Local News, which became the most highly respected legal newspaper in the nation, and advocated and drafted reforms in women's rights.

Women in Science: A Social and Cultural History 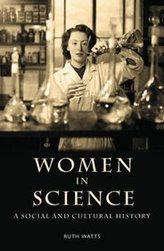 This survey investigates the historical and cultural contexts surrounding women in education and the scientific community from the past the present day. In her book Women in Science: A Social and Cultural History, Ruth Watts combines case studies, biographical information, and local history taking up prominent issues such as science and race, gender and technology, and masculinity and science. Watts answers the question: Why has there so often seemed to be a dissimilarity between women and top level science and who do these attitudes affect the progress of women in the scientific community and advances in the study of science itself? In her book, Watts states, "Women and science do not appear to go together. Few people can name many women scientists...Feminists have challenged 'masculine scientific' theories and some have anticipated chilling scenarios of fields of knowledge in which women, at best, are marginalized" (1). This quote suggests that the idea of women in science aren't suggested causing the consequence to be isolation. 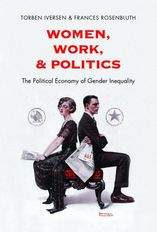 In their book Women, Work, & Politics: The Political Economy of Gender Inequality, Torben Iversen and Frances Rosenbluth state, "On average, women participate less in the labor market than men, whereas they assume the lion's share of unpaid work in the household" (55). This book explores women's power in the home, in the workplace, and in politics from a political economy perspective. This quote illustrates the division between gender that exists within the workforce. Women still are perceived as only holding the ideal role as a housewife. Inequality is apparent conveying that women receive lesser income than men even though, on average, women do more work. 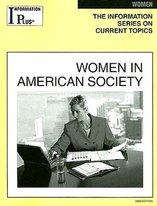 In the book Women In American Society, issues are  addressed regarding women within the labor force. It states, "Women have always labored hard. In 1800 only 5% of white women worked outside home...By the turn of the twentieth century, one in five women were working for pay outside of the home...According to the Department of Labor Women's Bureau, of the more than seventy million new jobs created in the United States between 1964 and 1999, forty-three million went to women" (33-34). This excerpt shows the significant increase of the number of women employed within the workforce. Comparing to the 1800s and the turn of the twentieth century, women are now upholding more jobs outside of home and society is gradually trying to create more job opportunities for women.
Powered by